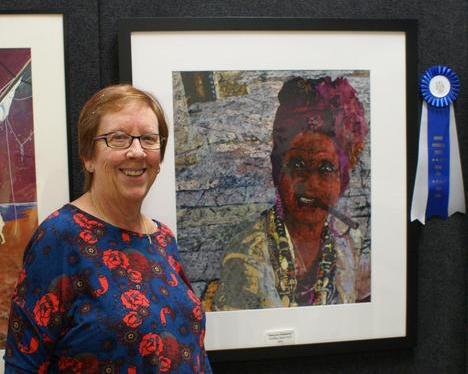 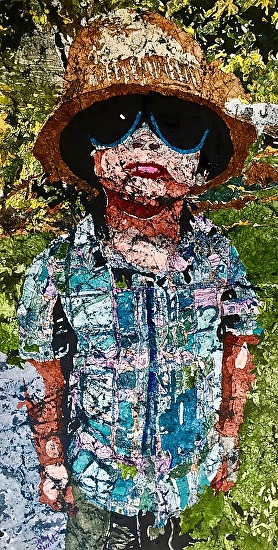 Debby, who also happens to be our treasurer, also holds memberships with the American, National, Southern and Florida Watercolor Societies, and the Vero Beach Art Club. She is an extremely talented, award-winning artist who has most recently been lauded with honors for her “Senora Habana” (featured) and “Lil’ Man,” (below).

“I paint watercolor batik on Ginwashi rice paper using a wax resist. I choose this surface because it provides the translucent and textural qualities that I desire. The chopped fibers often draw the viewer closer to see what is in the paper! Rice paper lends itself to the glow of translucent paints.

While some might think it would be tedious to paint and wax each color separately I am always excited to iron off the wax when finished to see what is revealed.

I also enjoy creating art with resin mixed with paints, pigments, and inks. I use crystal clear Artresin is the catalyst throughout.”

Besides loving Debby’s beautiful artwork and dedication to our organization, we applaud her philosophy of “paying it forward” by donating her monetary awards towards the education of three Ugandan students.

Learn more about Debby and view samples of her work at debbymarriott.com. 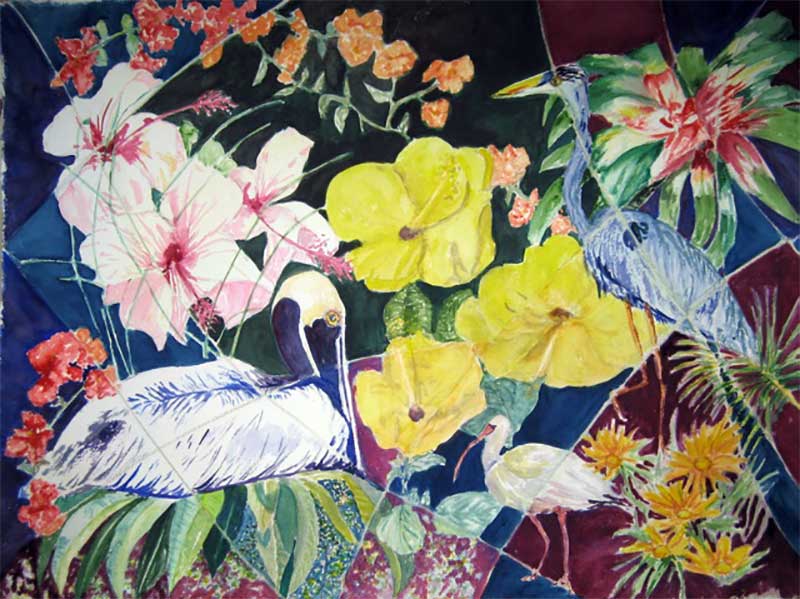 Mary Warnick studied art from elementary through high school. She earned a degree in Home Economics Education at Penn State where she met her husband of 63 years. After 11 years as a full-time mom she returned to teaching until she took a full-time job with Liberty Mutual Insurance Company, from which she retired in 1990.

Mary took watercolor classes in Massachusetts until her husband retired in 1993 and they moved to Florida. She took classes with local artists, joined BWS, SAL, TASGOB, FWS and the Pieces of 8. For 15 years she taught drawing and watercolor in her studio at the Henegar Center. Mary believes that drawing skills are important influences in the way she works.

Active in the early years of BWS, serving as Secretary for four years and Publicity for one year, Mary continues to volunteer for BWS to this day.

Mary’s work has been accepted and awarded in juried competitions. Her work is in local collections, and other parts of the country, shown by BCA, in the lounge of her condo, and at the Eastminster Presbyterian Church, where she is a member.