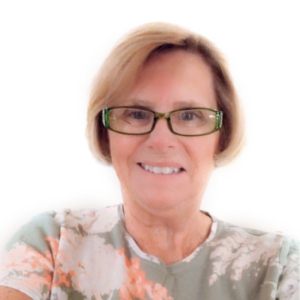 It has been a while since I sent one of these out. But I want to thank all the people who have been working so hard to get us up and running again.

First, I want to thank all our board members who have worked with me to figure out how to make BWS even better than it was. We have had many board meetings to discuss ways to improve BWS and move forward after the setback Covid caused.

I am proud to say membership is up and raising. Thank you Donna Ware for keeping track of this.
Karen Sullenger has moved out of state but continued to work as our VP in charge of 3day workshops until we found a replacement. Thankfully, Jolene Bruce had offered to fill that role until she is elected in September.

Laurie Griffin, our mini workshop chairman, has been unbelievable finding artists to do not only in person workshops but zoom ones. There are 2 wonderful ones lined up for the upcoming months. Get your checks in so you don’t get closed out!

Laurel Jolly did a great job as treasurer dealing with Splash. Deb Marriot was Laurel’s right had man is getting all that taken care of.

Splash went off smoothly and was one of our most profitable ones yet! Laurie Griffin did a great job leading her team. They say many hands make for light work but I am not sure this was light work! Thank you, Ginny Wright, Therese Ferguson, Lynn Tweed, Barbara Rios, Sally Anderson, Barbara Harris, Marjorie Carey, Kathy Benson, Cindy McKee, Beth Kring, Karen Sullenger, Lori Jenkins, Rose Allen, and Dorothy Koliba.  If I missed anyone, thank you too!  And I apologize for missing you!

Shout out to Barbara Rios who led a fun and informative mini workshop. So much information and so little time! I think I can speak for everyone when I say we had fun and all learned something!

There is one sad note. As many of you know my term is up this September. I had a wonderful time these last 2+ years. But I feel I am done and need to pass the crown. I will continue to do email blasts and will help ease someone into this position. But so far we do not have any candidates. If someone does not step forward, we will have to consider disbanding. What a shame that would be. There has been talk of a dual president position. That would be better than dissolving and could be considered.

Please have a great day and be safe!