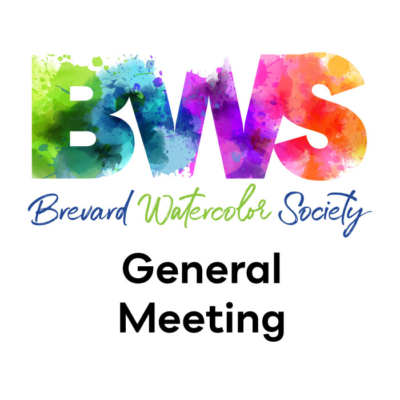 The meeting was called to order by President Donah Miller at 1:00 PM.

A hand of applause was given for Barbara Brennan for her return after illness.

Guests and new members were introduced.

Donah then reported that her husband Al, a long-time and active member of BWS had passed, and invited all members to his celebration of life on January 18, 2020.

Treasurer’s Report:  Debbie Marriott presented the annual report for 2019 (attached).  Current checkbook balance is $11,657.29.  The biggest expense was the new Website, which is a big success.

Karen Krosnick reported on workshops.  The Dave Becker workshop in March has not yet reached minimum enrollment, which must be obtained by February 14th or the workshop will be cancelled.  She stressed that the workshops are both educational and fun, and much less expensive than most of this quality at $275 for members.

Barbara Rios reported that there are currently 178 members.  Only 30% have renewed.  There are 14 new members.

Laurie Griffin reported on mini workshops.  The next one is January 25th with Ed Carlson.  Attendees must sign up in advance to assure adequate space.

Barbara Rios reported on Plein-aire.  The next outing is in Cocoa Village on January 18th from 9 AM to noon.  Meet at Riverside Park.

Renee Stewart report on Art Education Grants.  High school teachers will apply for grants by January 31st.  Therese Ferguson pointed out that there are points for service. Renee noted that supplies from an artists estate have been donated to BWS and need to be picked up.  Donah will either pick up herself or get help.

Communications:  Diane Harmon Asked that anyone not getting email from BWS to contact her.  The email newsletter will go out every other month after the general meetings.  She also asked for paintings for the Zonta silent auction.  Call her to arrange pick-up.

Webmaster:  Pat Bowlds was not present;  Diane asked people to talk to her if they have questions.

Phyliss reminded all that the prospectus says that applications must be postmarked by February 3rd,  but to do it on line if at all possible.  The final volunteer meeting will be Sunday February 2nd from 2-4 PM at Art Oasis on S.Patrick Dr., Satellite Beach. Susan reported that the Marketplace is closed, and that all unframed paintings and prints should be wrapped in plastic.  Those in the marketplace should deliver their entries to the show first, then go to west side entrance of Azan to bring in their work and set up their area.  Time is 9-10 AM. Friday February 14th.  Debbie reported on baskets that will be raffled.  All baskets will be given away on Sunday afternoon.  Winners do not need to be present.  She passed a hat for donations for the baskets.  Rose Fen mentioned that artwork is needed for the silent auction, and Beth Kring asked for volunteers to put up signs before the show, and bring them back after.  Cindy has 75 posters and plenty of postcards fro members to use.  Pick up before leaving.  She will make available a jpeg of the postcard and asked members to post it on Facebook and/o1 send to friends.  She also showed how the 8×8 paintings will look.  They will sell for $45 and 75% of the proceeds will go to charity.  Phyliss asked members to think about next year’s Splash and to start early doing the work.  The reception on Friday the 14th will be catered by the Green Turtle, with young people at waiters.

Donah asked for anyone willing to serve on the Board in 2021 to step forward.  A nominating committee is needed soon, as elections are held in November.

Mary Warnick motioned that meeting be adjourned at 2:10 PM.

The business meeting was followed by 4 members showing and telling about a painting they had done and what their inspiration was.

This site uses cookies. By continuing to browse the site, you are agreeing to our use of cookies.